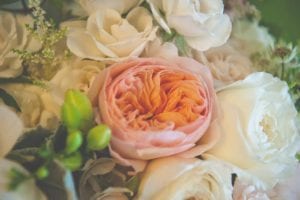 Happy Valentines Day!  Here at Magnificent Moments Weddings, we find ourselves in the business of love and you know what, We LOVE IT! Over the years we have been a part of some many couples love stories we thought it would be fun to share ours!

In 2002 I was a freshman in high school. One Friday night my friend Christie and I went to watch a powder puff football game.  We meet up with some of her guy friends that were a few years older than me.  One of them, a senior guy named Rich, started giving me a hard time about a guy I had dated earlier, even though we had only gone on one date. Later that week, Rich drove took me to the Thursday night JV football game and we got a chance to talk a little more.  On Friday night he helped me babysit for a group of wild kids (including my own siblings) at a neighbors house.

From there we started talking more on the phone and messenger.  He romantically (haha) asked me out (on MSN messenger) that Saturday night and I was so excited.  However, the next day, my mom found out he had given me a ride, at the time my family had a rule that I wasn’t allowed to ride in a car with boys, so I was grounded for a week.  It was quite the scandal for my parents at the time, that I was a freshman dating a senior, but 15 years later, we are still together 🙂 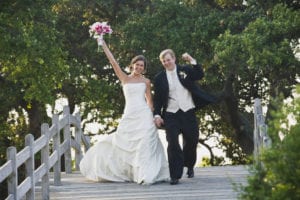 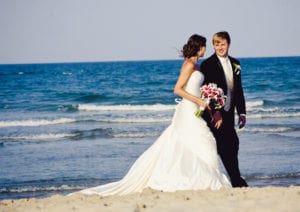 In 2008 I was a sophomore studying at East Carolina University.  I had always worked but decided to take my freshmen year off to get adjusted to college life.  My brother was able to secure me a job as a cashier at the Food Lion he had been working at on the other side of Greenville.  I later switched to a deli position in the same store and made some great friends.  After a few months of working in my new position, the meat department got a new manager, Daniel.

We met and talked briefly.  In the next few weeks, he would come over to the deli and borrow things from the department.  Every time he showed up we would talk and get to know each other more.   Soon he started closing on the nights I was and began offering to pick up dinner for us to eat in the break room together.  Even more, weeks passed and he asked me out to dinner and to see a movie.

After that first movie we hung out just about every evening, either going out to dinner or watching tv at one of our apartment.  I can’t really say when started dating, but from the first dinner out we were “together” and have been ever since.  He proposed in 2010, we married in 2011 and welcomed our son in 2012.  I can’t imagine life with him, he really is my best friend turned life partner. 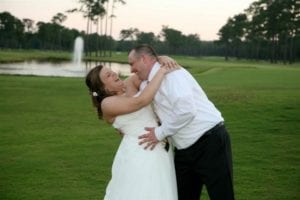 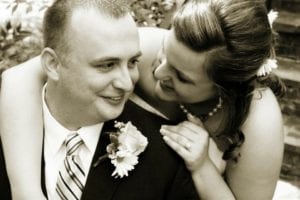 Around June 2015, I was hanging out at a friend’s house and she introduced me to this guy she had just started dating. I didn’t pay much attention to him but after a few weeks they didn’t work out. A few months went by and I was in Uptown with some friends. My friend tried the whole night to “find me a man” but I wasn’t interested at all! After a few failed attempts at getting me to talk to some guys that night my friend insisted that I let her set me up with the “perfect guy”. I just blew it off not thinking it would turn into anything but the next day she tagged my name on his Facebook, which led him to message me.

After a few weeks of casually messaging on Facebook we finally met up, and we’ve been together since! David always jokes that I spent the whole night in Charlotte talking about him and that’s how it all started after not thinking about each other for two months…I’ll just let him believe what he wants! 🙂  We are now expecting our first baby, a girl, and we’re very excited for this next adventure! 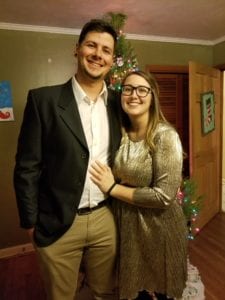 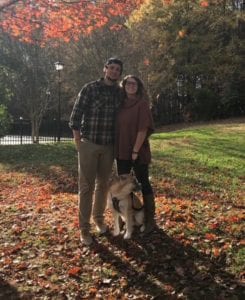 There is nothing better than looking back on our stories to help us remember why we do what we do.  We love helping our couples create their perfect day, that will always be apart of their own stories.

Contact Magnificent Moments Weddings for help in writing your own love story! 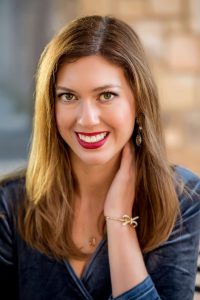